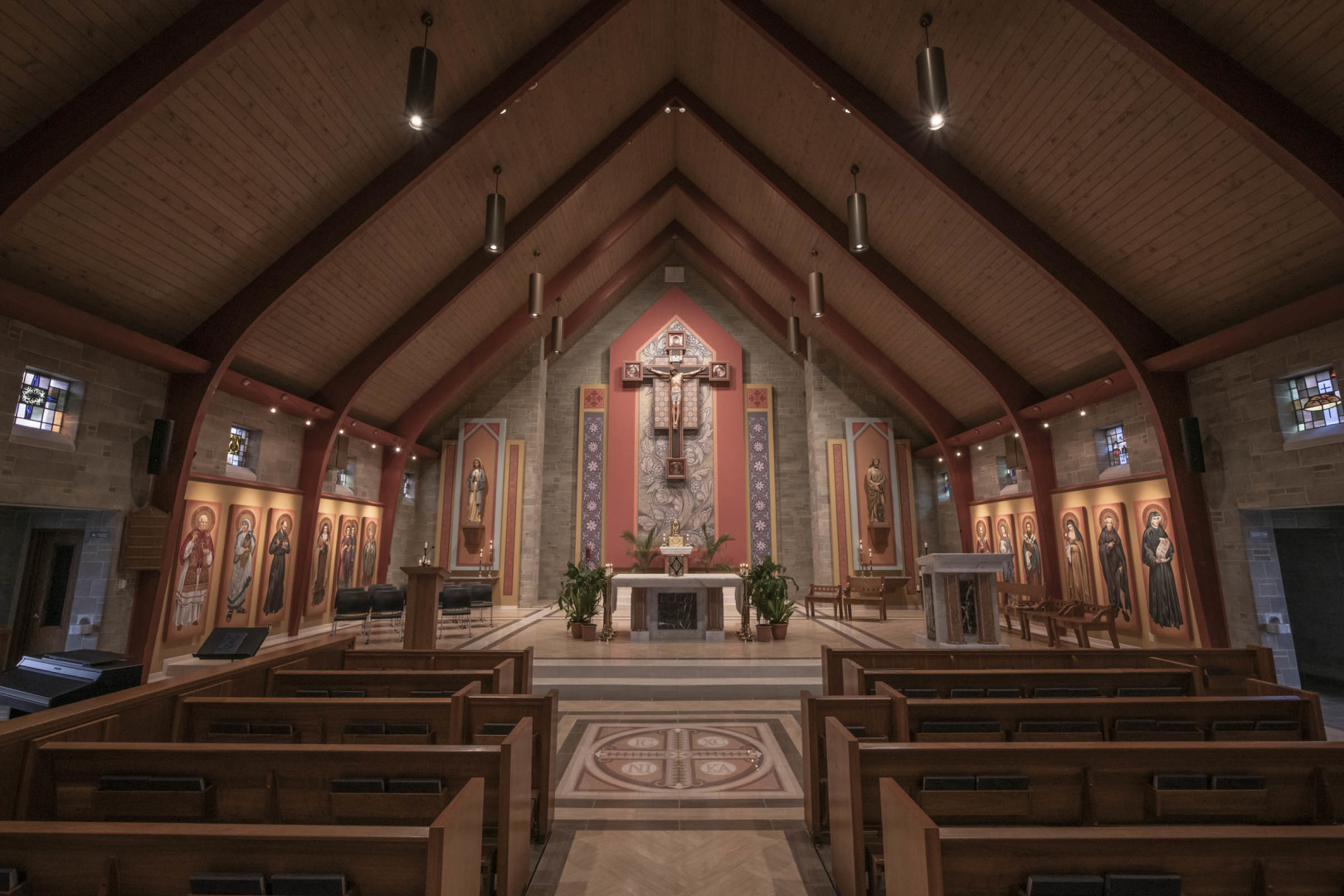 Give thanks to the Lord, for he is good, for his steadfast love endures forever. --Psalm 136:1

During the early part of the 20th century many Catholic immigrants originally settled in what is now known as Stonewood, (Stonewall and Norwood joined to form Stonewood).

These early settlers had to travel a long stretch of muddy road to attend Mass in Clarksburg at the National Parish of St. John the Baptist.  Only those with a stout heart and a strong will made the journey to Mass.  Due to the absence of a nearby Church, the people soon lost contact with their Church.

If only one priest deserves credit for preserving the faith of this community, that man would be Fr. Paul Helsey.  He realized it was essential to build a Church within the community where the people could attend Mass without difficulty.  St.  Bridget’s’ was completed in 1927 with most of the building work being done by the parishioners.  It was a mission church staffed by priest from St. Johns Church in Clarksburg.  With the help of a sizable gift from an Irish lady by the name of Bridget Hayden and strenuous efforts at fund raising, the Church was finally free of debt.  In 1955 with the help of parish volunteers, a residence for a priest was built, and St. Bridget’s’ was declared an independent Parish, taking in the area of Stonewood, Nutter Fort and out-lying districts.  Then in 1959, Fr. O’Donovan was appointed as Pastor of the Parish.  By this time it was evident that some type of expansion was required.  A decision was reached to build a larger Church.  Actual construction began in August 1965, on the softball field that had previously been obtained by the Men’s’ Club under the direction and encouragement of Fr. John O’Reilly in the 40’s.  The Church was named Our Lady of Perpetual Help.  The Holy Sacrifice of the Mass was offered for the first time on May 15, 1966.

The Church is built to the honor and glory of God wherein His people may worship Him.  Let our people always remember that this beautiful edifice is not only a measure of their love of God, but a place wherein they give true expression to that love.

In 1978, the Franciscan Friars, T.O.R. (Third Order Regular) began to minster at Our Lady of Perpetual Help Parish.  By this time parish members had increased to nearly 400 families.  Thanks to the hard work and generous efforts of our parishioners, the debt on the Church was completely paid and the mortgage burned in December of 1981.

This cleared the way for the beginning of the next dream of our community.

Since the opening of the New Church building, old St. Bridget’s’ had been used as a social hall and a few basement classrooms provided space3 for religious education.  By this time, old St. Bridget’s’ had begun to deteriorate and space was inadequate for the number of families registered.  After a survey of needs and careful planning, construction on a multipurpose building began in the spring of 1982.  April 27, 1983 brought the dedication of Our Lady of Perpetual Help Parish Center.  This facility contains a modular social hall, large institutional kitchen, classrooms, and a chapel.  Also there is a large exterior patio for open-air gatherings.  The Center is designed to meet a variety of needs with flexibility to accommodate various group sizes.  Our daily Chapel is open for your visits.  It is a quiet place to come and pray.

With the help of God, much has been accomplished by the generations of this Catholic Community.